and holds the certificate HEALTH FIRST from the Greek Hoteliers association.

We are announcing below the plans for Health and Safety measures in our hotel, we are ready to

apply all measures in order to protect not only our guests but also employees, without degrading

Our aim is for your holiday at the Galini Palace to be unforgettable but also safe.

reception, restaurant, bar, and areas of public use

sanitize the room and to allow fresh air to circulate.

receipts and invoices will be sent via e-mail

sanitization. It is the easiest way of protecting oneself and others around you!

Comfort, health and safety are our top priority for both guests and staff in the fight against Covid-19.

SARS/CoV-2 in rooms, bathrooms, and balconies.

sanitization. It is the easiest way of protecting oneself and others around you!

Comfort, health and safety are our top priority for both guests and staff in the fight against Covid-19.

My vacation at the fish-village Kolymbari

The authentic fishing village within one of the most beautiful bays in the prefecture of Chania.

Kolymbari Kritis is a picturesque seaside village on the base of the Peninsula of Rodopu in Western Chania, is the ideal place for the visitor looking for tranquility.

Kolymbari is about 25 kilometers west of the city of Chania. One can easily reach a car with the new highway. Some of the main occupations of the residents in Kolymbari are fishing and tourism. Also, the wines of Kolymbarios are particularly known in Western Crete.

The port of Kolimbari has played a major role in the history of Crete. This particular port was used by the Ottomans in 1645 when they arrived in Crete to figure it out. In 1897, the same harbor was used by the Greek army when the ultimately led to the independence of Crete from the Ottoman Empire and the Union of the island with Greece.

The most interesting attraction in the area of ​​Kolybari Chania is the Monastery of Panagia Odigitria, known as "Monastery of Gonia" and is located at the westernmost edge of the Gulf of Kolimpari. The Monastery of Gonia was built in the 9th century and has played an active role in the fight of Crete for independence during the Ottoman occupation. That is why the monastery was destroyed several times by the Ottomans. Today, one can admire old manuscripts and books, dating several centuries ago, in the Library of the Monastery, although, unfortunately, much of these invaluable writings was burned in the fire of 1867.

Approximately 20 kilometers north of Kolymbari, in Peninsula Rodopos, is the archeological site of the group, a sacred ancient location dedicated to the goddess Artemis Vritomartis, which was worshiped here since the 2nd century BC. up to the Roman years.

In the summer, the Municipality of Kolybari Kritis organizes a series of festivals and activities. One of Chania's largest festivals takes place in the monastery of Gonia at the 15th August. Another well-known local feast is on 6 and 7 October in honor of St. John of Hermit, in the homonymous cave near the neighboring village of Marathokafala.

Kolymbari Crete is a place that combines relaxation with the idyllic landscape, along with surroundings that have been intact from tourist development. It is one of the most picturesque corners of the prefecture of Chania and is definitely worth visiting.

Monastery of Panagia Odigitria The Monastery of Panagia Odigitria is located on the base of the peninsula of Spathhas, about 26 km west of Chania and 2.5 km north of Kolymbari, by the sea. The monastery is also known as the monastery of the Lady of Angels of Angels due to its position at the western end of the Bay of Chania who reminds "corner." The monastery of corner was originally built by the monks of Agios Georgios Monastery in Menies in the 14th century at the location of today's cemetery at the monastery complex, where there is today the recording temple of Agios Georgios and the old cells. The monastery was transferred to the current position in the first half of the 17th century by the monks Villa, Cypriot and Benedict Tzagarol and immediately and immediately, as a rich ascetic tradition had developed, and the monks were quickly accompanied by the monastery of the corner. The corner monastery played a great role in the local history. It has always been a focus of resistance to all conquerors of Crete and so it was destroyed many times by the various conquerors, as a nailed Voli is even testified on its eastern wall.

The complex is built on an artificial level, shaped on sloping ground through underground vaulted spaces and is surrounded by a tall wall, reminding a Venetian fortress. The Triangos temple is located on the eastern end of the courtyard and is dedicated to the Virgin Mackey (August 15th). In the 19th century, lateral chapels, narthex and bell tower were added. The interior of the temple rescues a wood-carved iconostasis of the 17th century with pictures of the hagiographer of virgin, while on the walls and the chapels are exposed to various pictures of the Cretan School of Hagiography (16th - 17th century).

There are the other buildings of the monastery (cells, Igourneion, bank, warehouses, cellars, etc.). At the lands of the Monastery, the Orthodox Academy of Crete is housed, a fitness center, swimming pool, schools, boarding schools, a county court, etc. The Library houses a great collection of palacial books and manuscripts from 17 to 19th century. In the Museum of the Monastery, old pictures are kept from the 14th century, such as Konstantinos Palokokapas, Andreas Ritzos, Zografou Isaiaia, Monk Nile, Konstantinos Sgourou, Georgios Stai., etc.

Also, there are also an ambience, crosses and an antimenium of the Cretan Patriarch Alexandria Meletian Piga

In the Monastery, they served as old personalities. Among them was Misael Apostolidis, Teacher of the Greek Language of King Otton and First Rector of the University of Athens. 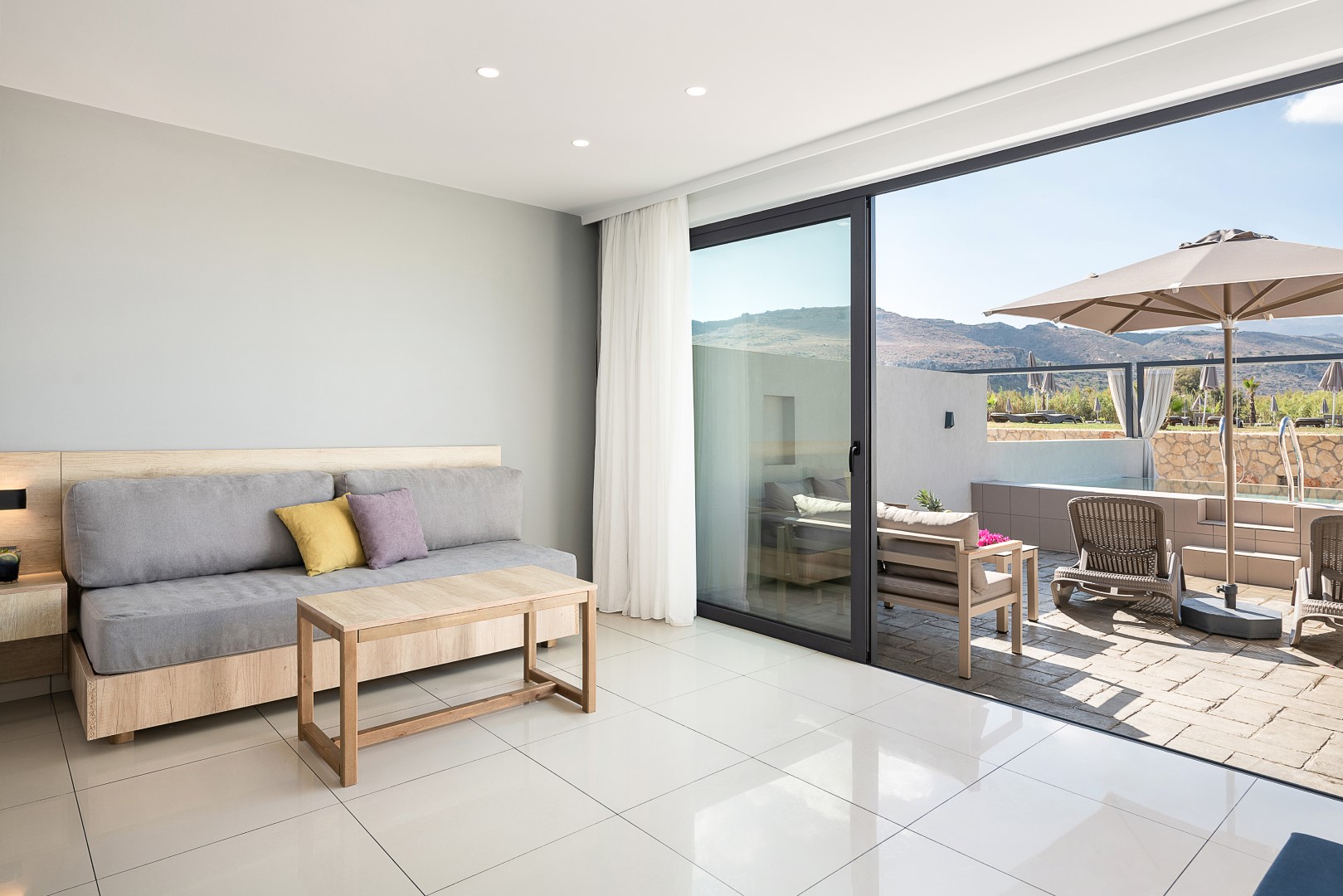 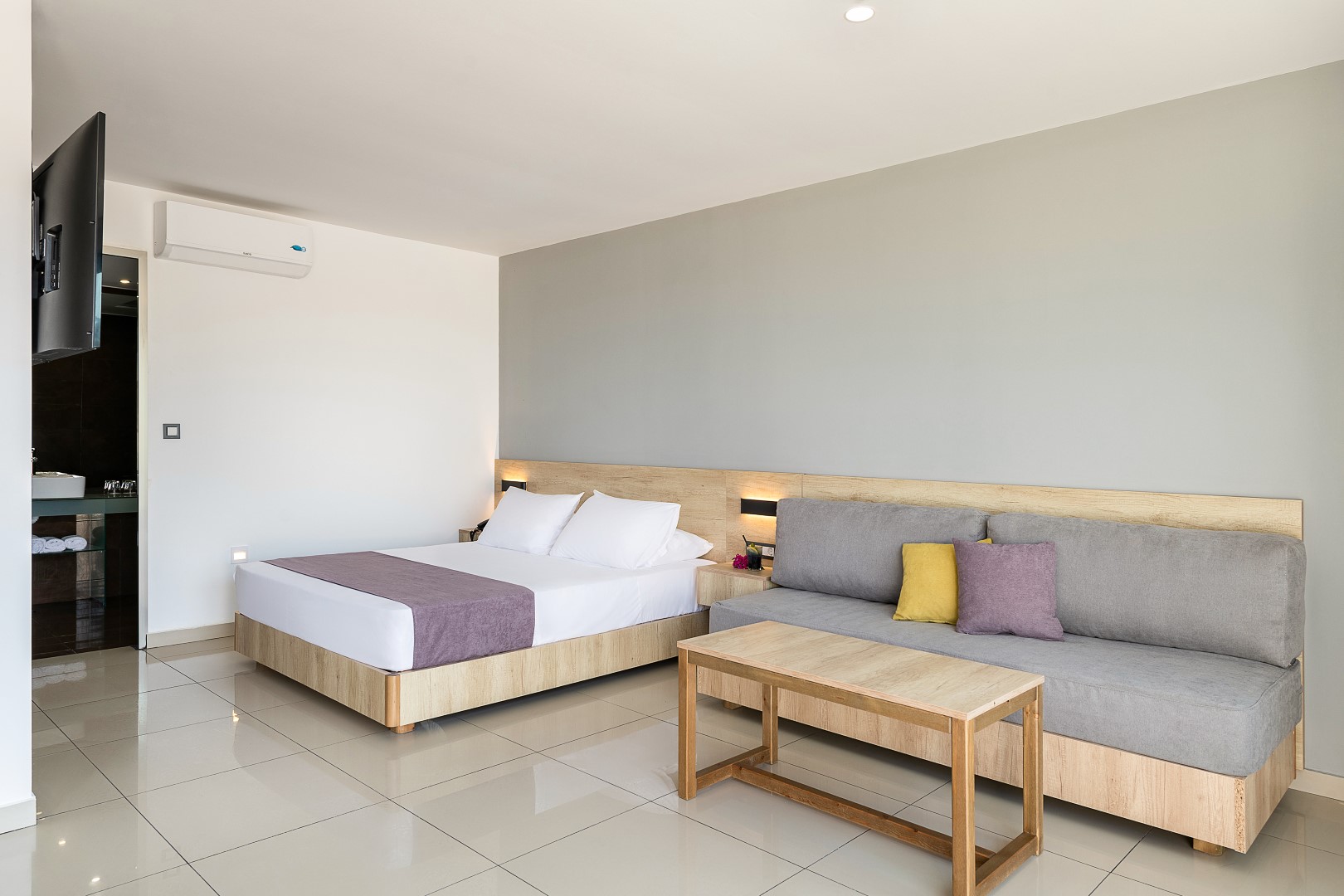 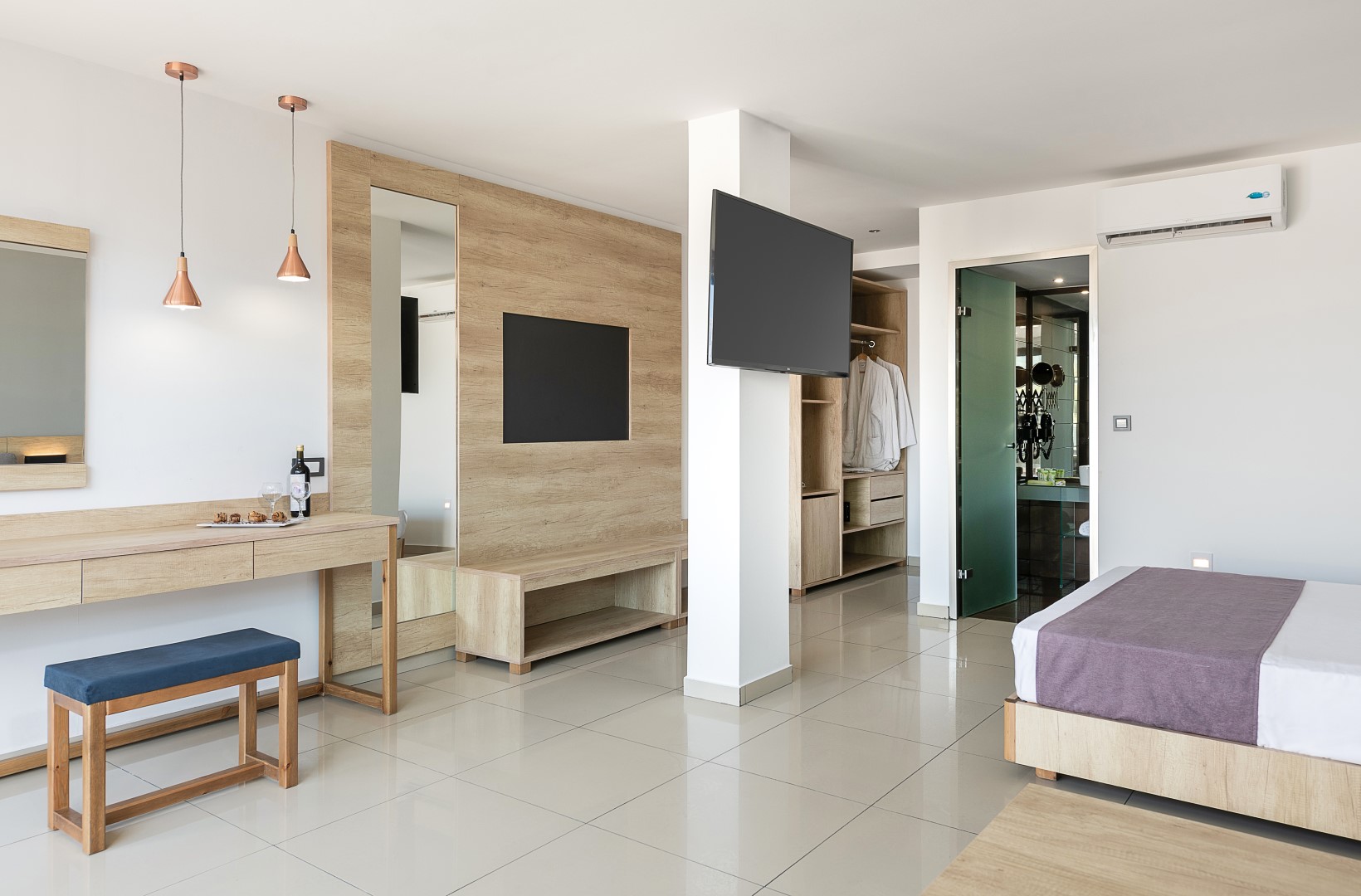 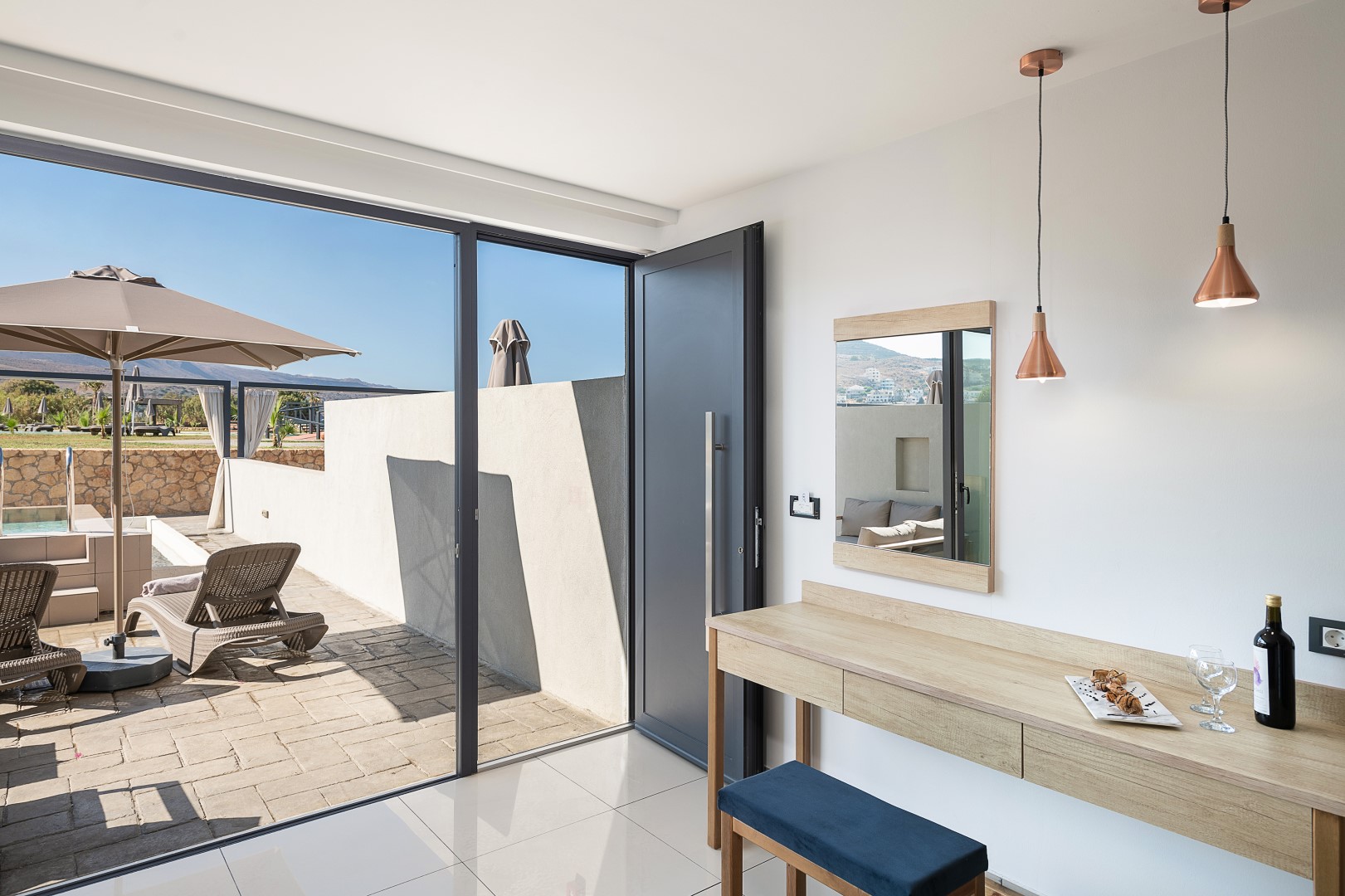 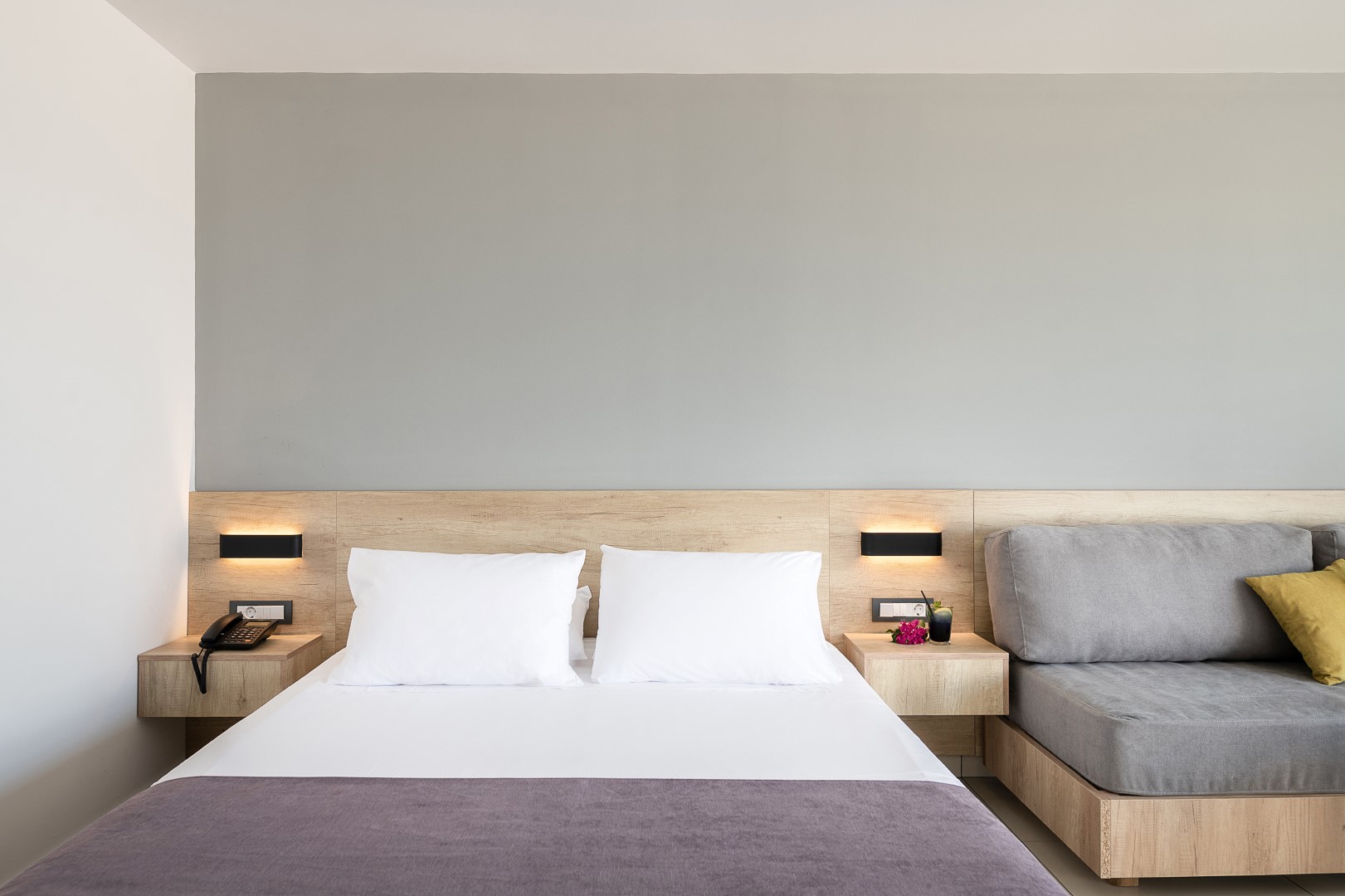 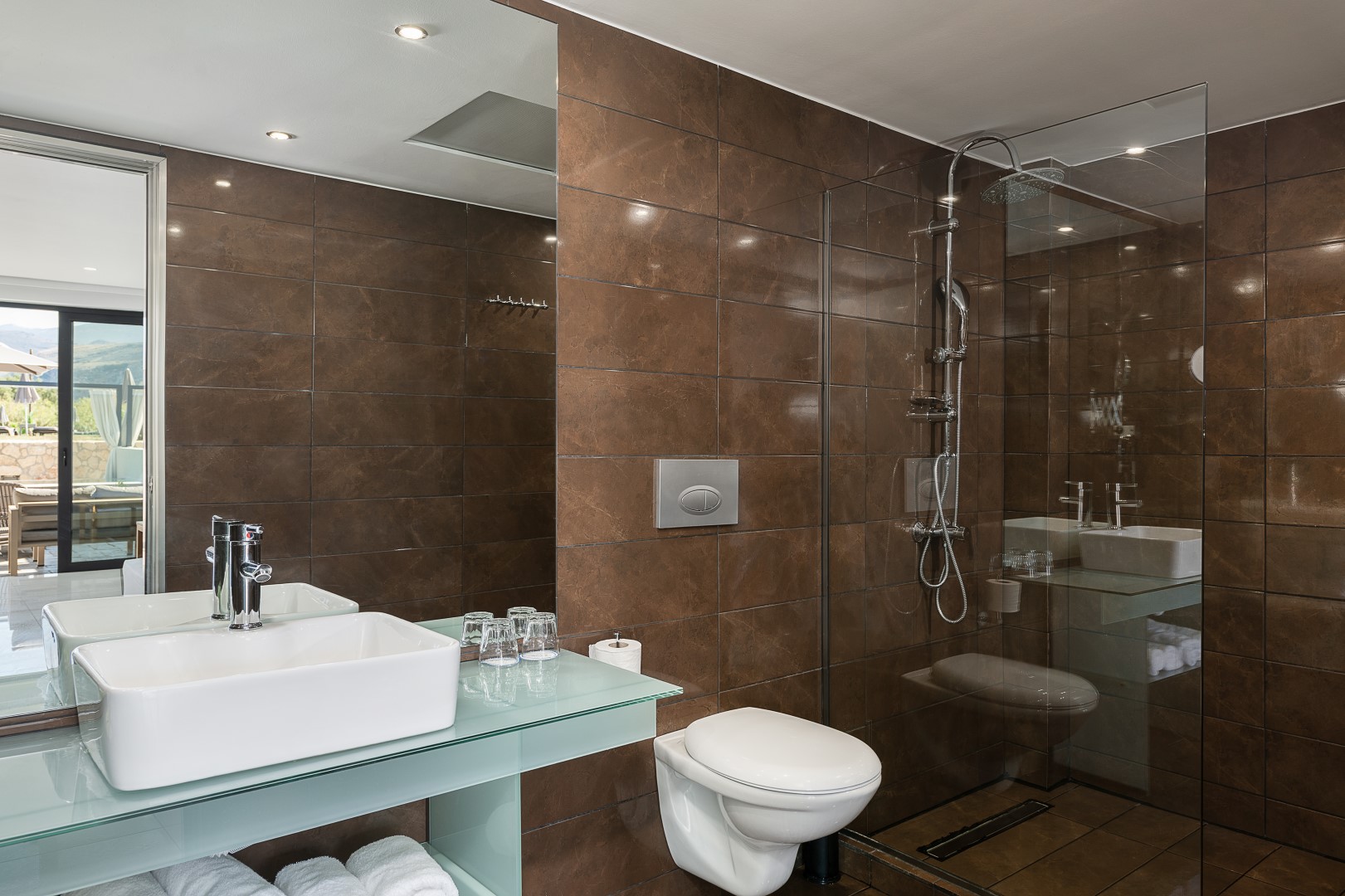 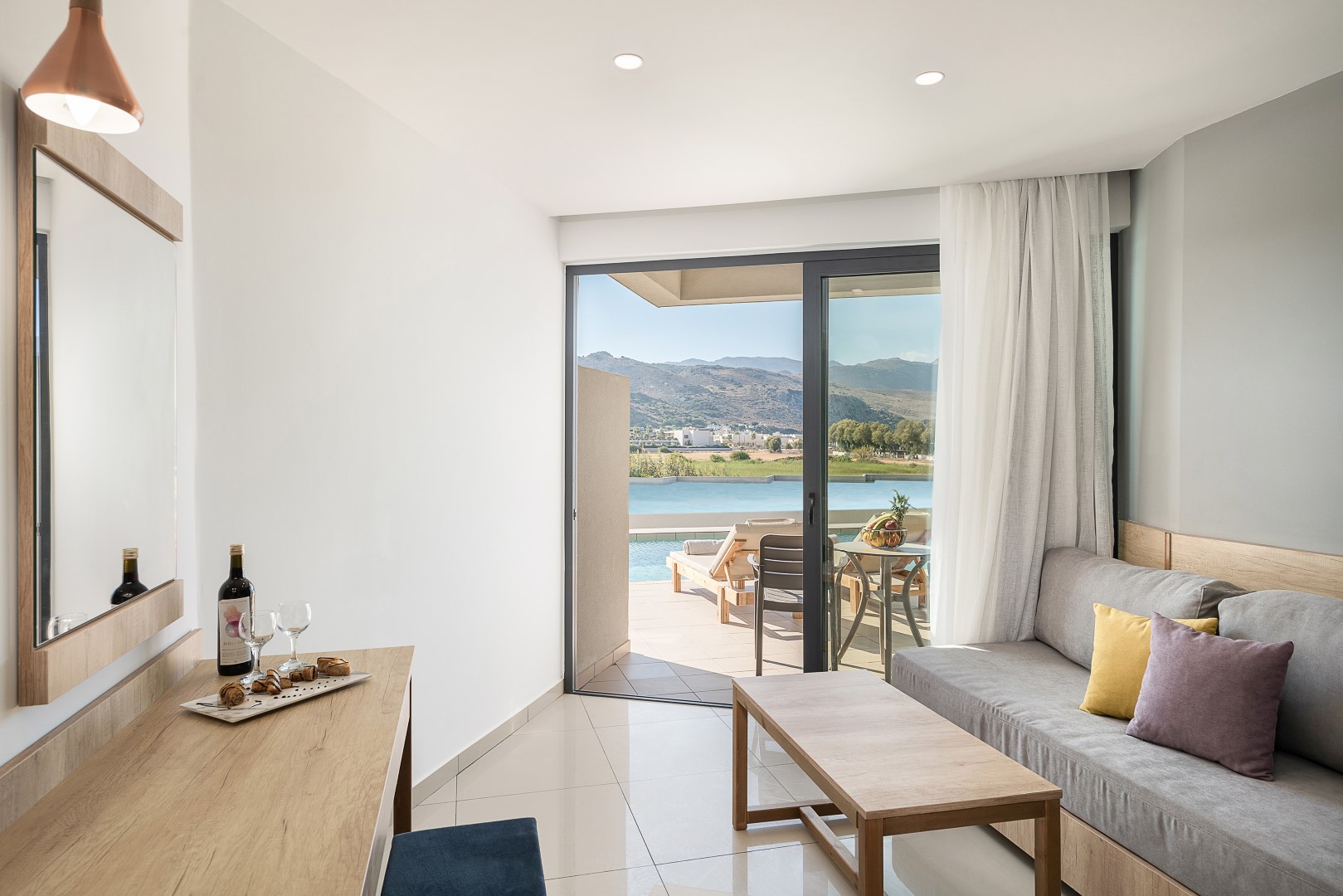 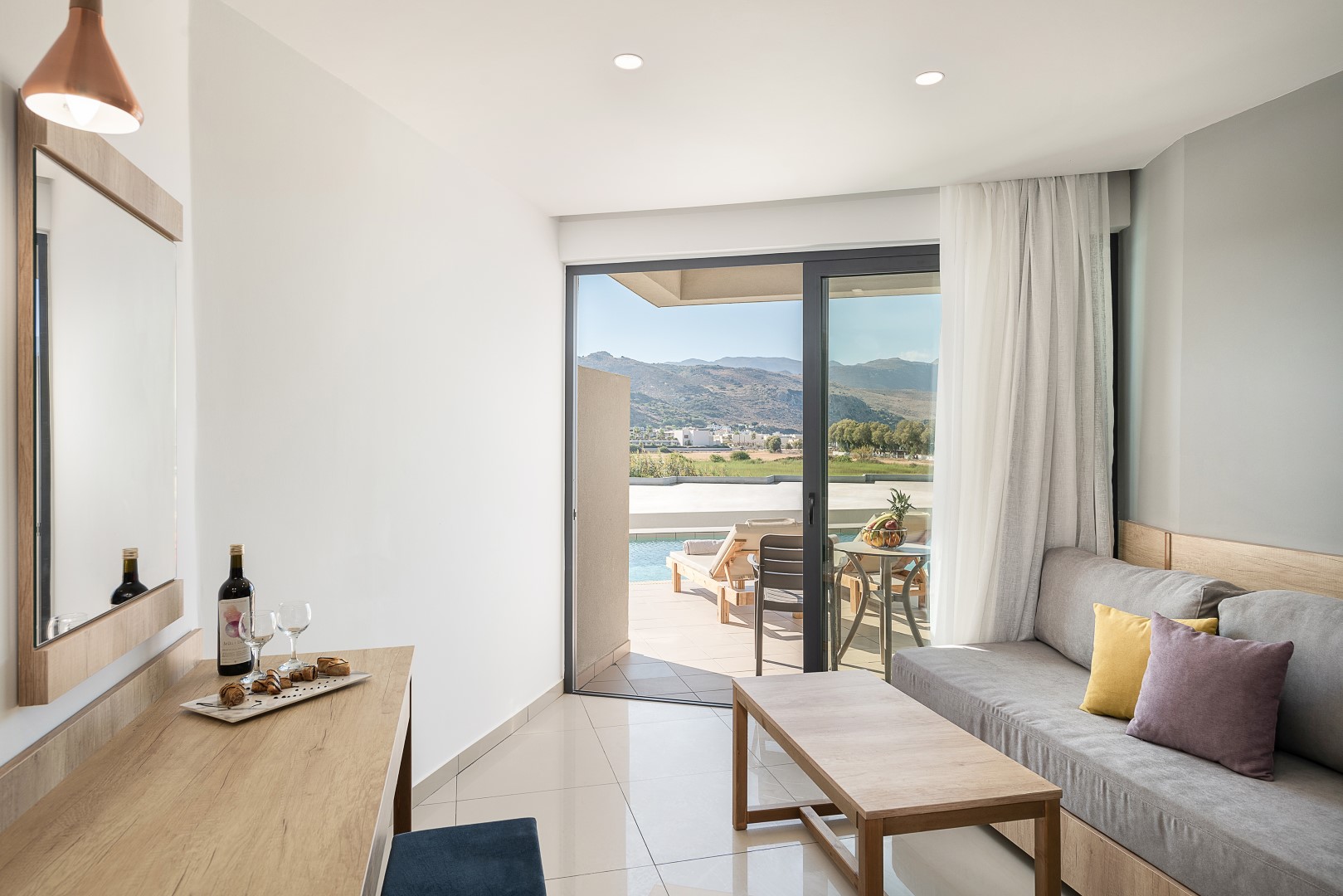 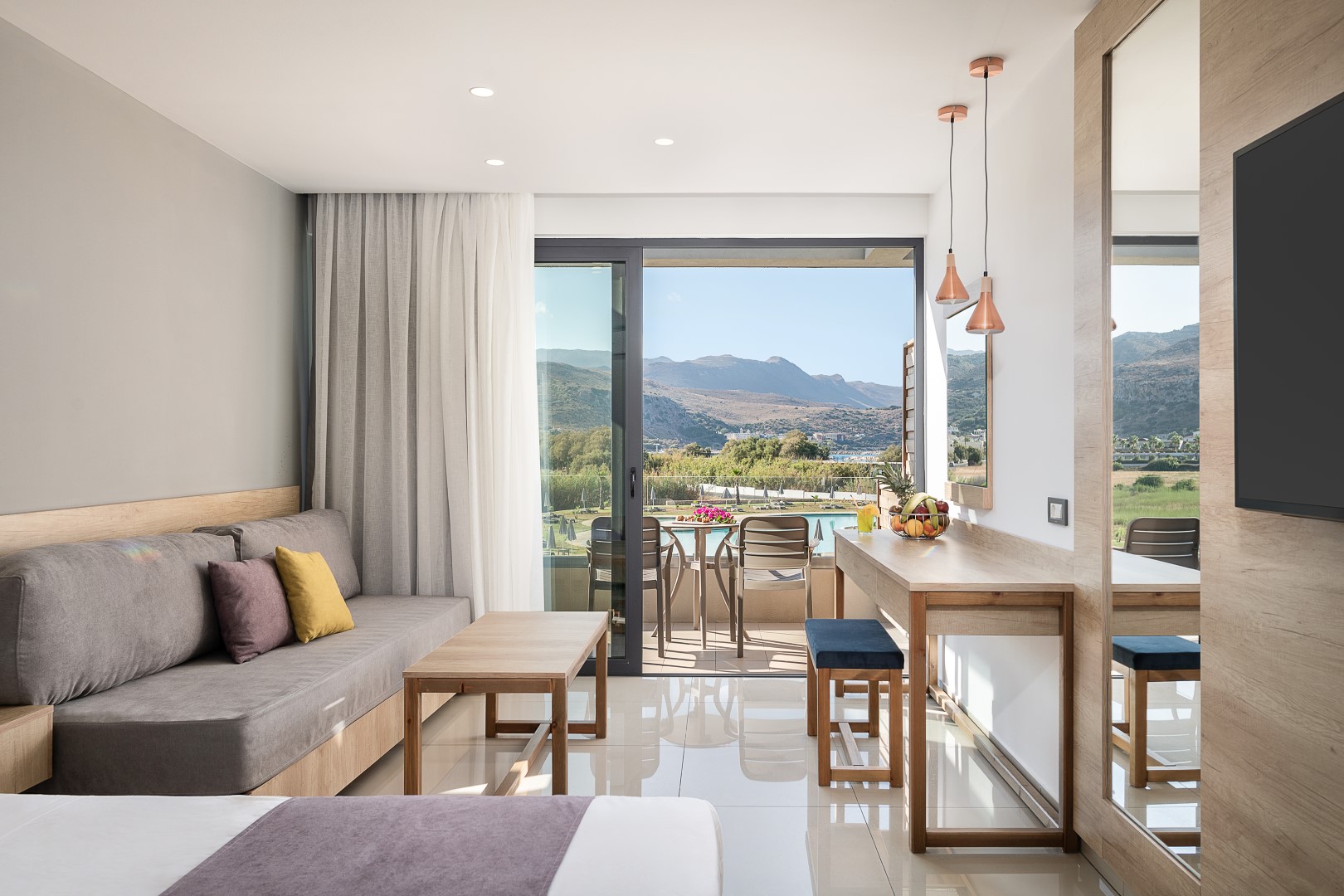 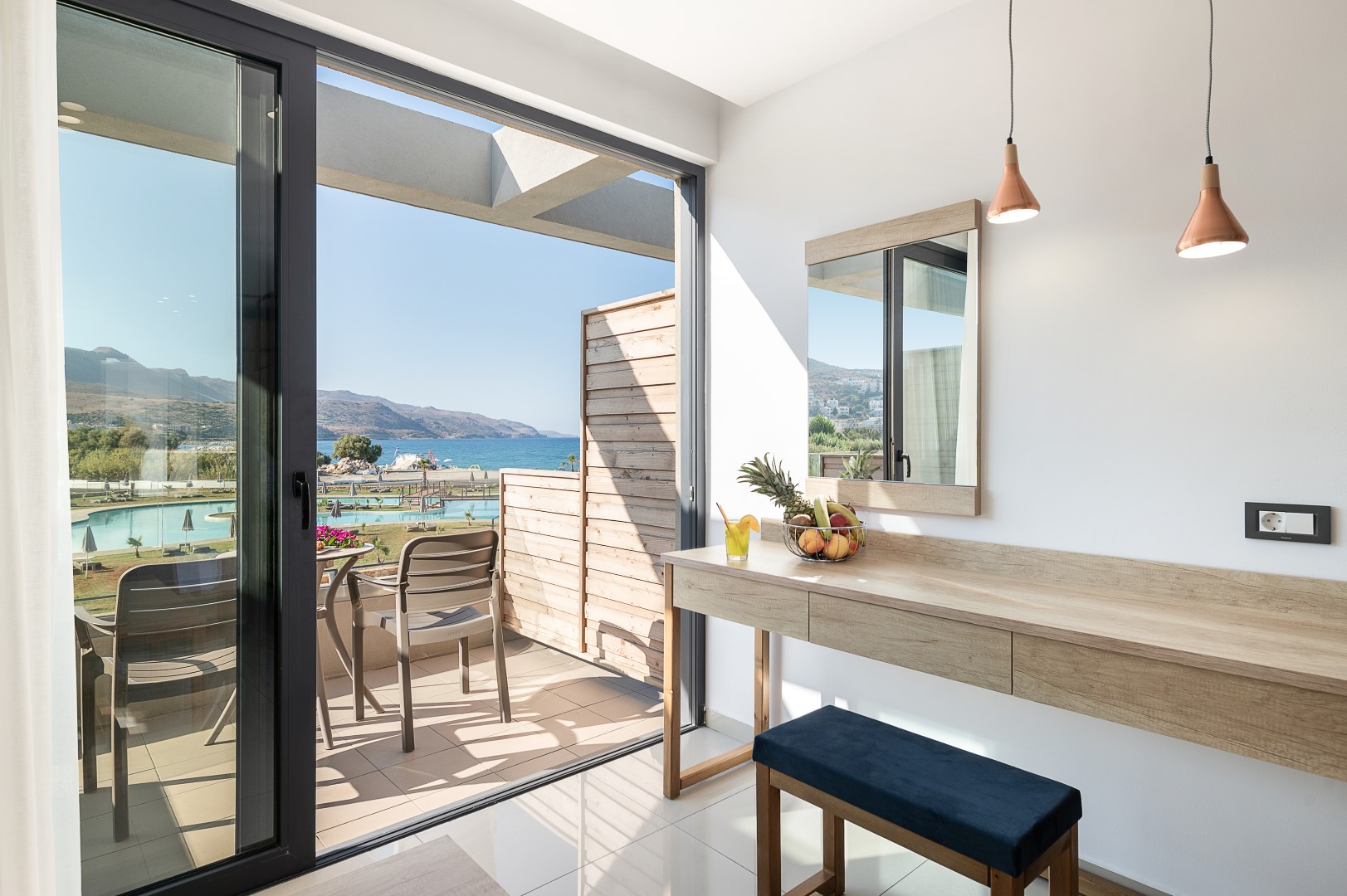 Find us on Google Map

The most important day of the newlyweds' life is framed by the wonderful reception areas, the professional decorations, the high gastronomy menu and the enchanting places for photography.

Our philosophy is that every couple, like all parents, always want to have their own style and character, as every time we have to face a new challenge that will have to meet and adapt under your own needs.